From Naples To New York, From Mexico City To Istanbul

The stages of the international event.

The World Pasta Day is almost an adult
and the IPO is now 10 years old!

A journey that began in Naples, a road that has touched
the most important cities in the world,
in countries so distant from each other
but all united by a single element: pasta!

While the IPO is celebrating 10 years of life,
the World Pasta Day has quite reached
the age of majority. 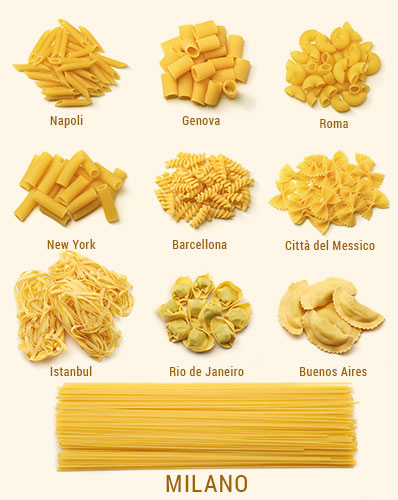 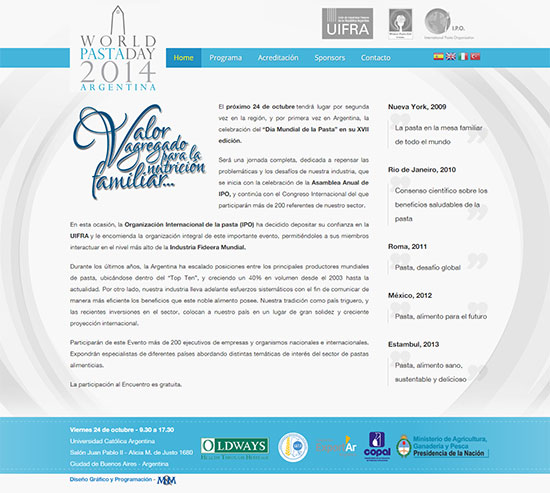 The IPO Annual General Assembly took place at the end of the Conference. The World Pasta Day 2013 Conference “Pasta: The Sustainable, Healthy and Delicious Food” was held at the Ciragan Kempinski Palace Hotel.

The IPO Annual General Assembly, which took place at the end of the Conference, ratified the nominations of Claudio Zanao as the new President of IPO and of Simon Nobile Olivo as Honorary President. The World Pasta Day 2012 Conference “Pasta food of the future – For taste, for health, for convenience” was held under the auspices of the Instituto Tecnológico y de Estudios Superiores de Monterrey, ITESM, one of the most important universities of Mexico, and the Museo Modelo de Ciencia e Industria (MUMCI) of Toluca, officially opening the Exhibition “The World of Pasta” on the occasion of World Pasta Day 2012, after two years of work.

The panel on the “Scientific Evidence of the Healthfulness of Pasta”, moderated by Sara Baer-Sinnott, President of Oldways, featured then interesting presentations.

Organized by AIDEPI and supported by IPO, the XIV edition of the World Pasta Day took place in Rome. The Adriano’s Temple hosted the workshop “Pasta, a global challenge – New markets and new consumers for a world-conquering food”, moderated by Maria Concetta Mattei, a renowned Italian public broadcasting service’s journalist.

The workshop reconstructed the history of pasta, trying to understand the anthropological and social causes of its massive success, while – looking at the future – it also tried to analyze pasta’s contribution in resolving the alimentary uncertainties of an increasingly populated and hungry planet.

At the end of the meeting, both participants and press representatives were introduced to the event’s side projects: the launch of the book “Un capolavoro chiamato Pasta – Uno stile alimentare globale” (A Masterpiece Called Pasta – A Global Food Style”), a charity initiative for Caritas, and the Gala Dinner’s cooking show.

The Gala Dinner was held at the “Open Colonna”, Chef Antonello Colonna’s wonderful hothouse-space at Palazzo delle Esposizioni, created by famed architect Paolo Desideri – the ideal setting for the cooking show, which featured three renowned chefs. Besides house master Antonello Colonna, also Mauro Uliassi and Ciccio Sultano – who embody pasta’s ultimate culinary frontier, while also representing the traditional and ancient soul of this highly modern and futuristic kind of food – delighted the audience through their interpretation of three pasta-based recipes.

The workshop was attended by 150 participants, while the Gala Dinner hosted 200 guests, including representatives from the institutional, industrial, nutritional and press sectors.

World Pasta Day 2011 had an extensive media coverage, thanks to over 50 articles on both the national and international press, and to 10 TV and radio reports dedicated to the event.

The event’s perfect organization favoured the sharing of mutual interests between enterprises. In the same days of the event, IPO organized the “Healthy Pasta Meal Scientific Consensus Conference”, gathering 15 scientists from 13 countries to discuss key topics such as nutritional studies on carbohydrates, traditional diets and healthy pasta eating habits, and eventually to subscribe the new “Healthy Pasta Scientific Consensus Statement”.

Both UNAFPA and members of IPO were invited to cooperate, selecting and sponsoring the presence of a scientist and that of a media representative from every member country. The scientific conference’s speakers were nominated by IPO’s Consultive Scientific Committee, by Oldways and by recommendations coming from the IPO members.

The scientific meeting’s synthetical presentation and the updated Consensus Statement were the key element of the World Pasta Congress.

After the 2004 Conference, in Rome, the Healthy Pasta Meal Conference clearly won the challenge with the Atkins-promoted Low Carb diets’ messages, re-elaborating a properly updated tool in order to reaffirm the role of pasta in a healthy and well-balanced diet.

For the 2009 edition of the World Pasta Day, the National Pasta Association (NPA) and the International Pasta Organization (IPO) organized an international conference called “Pasta Meals on Every Family Table” in New York.

During the works, many key experts analyzed the international situation of durum wheat market, of pasta industry and market in the USA and the new scientific evidence in favour of the role of pasta in a correct diet. The conference opened with a session dedicated to the analysis of the USA alimentary pastas chain, coordinated by Mark Vermylen, NPA’s President.

Peter Smith, CEO at New World Pasta, illustrated the situation of the USA alimentary pastas market. To follow, John Miller, Chairman at North American Millers Association, presented a report on the USA milling industry. As per raw materials, the situation of the North-American durum wheat harvest was introduced by Jim Peterson, Marketing Director at North Dakota Wheat Commission, while Umberto Sacco, the Semouliers (E.U.) President, presented a report on durum wheat growth’s perspectives, both on a European and on a worldwide level.

The afternoon session opened with an intervention by Paolo Barilla, Vice-President at Barilla: “Pasta is good for People, Environment and Economy” evidenced the several qualities of pasta and the advantages that derive from its consumption under the nutritional, environmental and economic profile. Then it was the time of a scientific round table, moderated by K. Dun Gifford, President at the Oldways Preservation Trust, with the presentation of the most important scientific proofs in support of the introduction of pasta in our daily diet.

Great interest was aroused by a report by Prof. Nikos Scarmeas, a neurologist at the Columbia University Medical Center, titled “Pasta, Mediterranean Diet and Alzheimer: how to feed our brain”, showing evidence of a minor risk of developing the Alzheimer disease and other cognitive deficiencies in association with the Mediterranean diet.

The scientific session came to its conclusion with an intervention by Joanne Slavin, Food Sciences and Nutrition Professor at the Minnesota University, which resumed the most important scientific researches of the last years in terms of benefits coming from carbohydrates.

At the end of the session, a round table and a culinary demonstration were held, featuring some the most renowned USA foodwriters, specialized journalists and chefs. The traditional Gala Dinner to celebrate the World Pasta Day 2009 took place at the Hudson Theatre, the historical Broadway venue founded in 1903.

As usual, in order to enhance the importance of these events, whose demanding organization was followed by UNIPI, a communication campaign was spread on the main Italian media.

Held, in Istanbul, Turkey, the 2008 edition of the World Pasta Day aimed at highlight the “international” vocation of the main aliment of the Mediterranean Diet, loved all over the world and recently re-evaluated by pediatrists and nutritionists as irreplaceable in children’s diet, starting from the weaning age.

Pasta’s undisputed contribution to a correct children’s growth was center-stage during the meeting “Pasta for Children around the World”, organized by IPO in collaboration with TMSD (Turkish Industrial Pasta Producers Association) and Oldways.

The meeting also included the presentation of the “Pasta and Children around the World – An International Children’s Cooking And Nutrition Programme” guidelines. The meeting also hosted an intervention by Prof. Carlo Cannella, president of the National Food Research and Nutrition Institute, in the form of a report on the ideal nutritional standards in children’s diet, where pasta was qualified as the most important aliment in the passage from liquid to solid kinds of food in children’s alimentation.

To follow, Prof. Marcello Giovannini, director of the Pediatrics Department at the San Paolo Hospital in Milan, illustrated the benefits of both pasta and the Mediterranean Diet in children’s growth. In the end, Prof. Giovanni Ghirlanda, Full Tenured Professor of Metabolic Diseases at the Catholic University of Sacro Cuore in Rome, presented a speech on “New studies on healthy diet styles for diabetics”.

Mrs. Sara Baer-Sinnott, Vice-President of the Oldways Foundation, introduced the “Pasta for Children around the World” food education programme and its application in several countries. The works were concluded by an intervention by K. Dun Gifford, President of the Oldways Foundation, with a speech titled “Pasta is a Plus for Health and Longevity”.

The day came to an end with the pasta-dedicated Gala Night, organized by the Turkish Industrial Pasta Producers Association, attended by 200 selected international guests.

In order to highlight the importance of this events, UNIPI has promoted a communication campaign on the main Italian media.